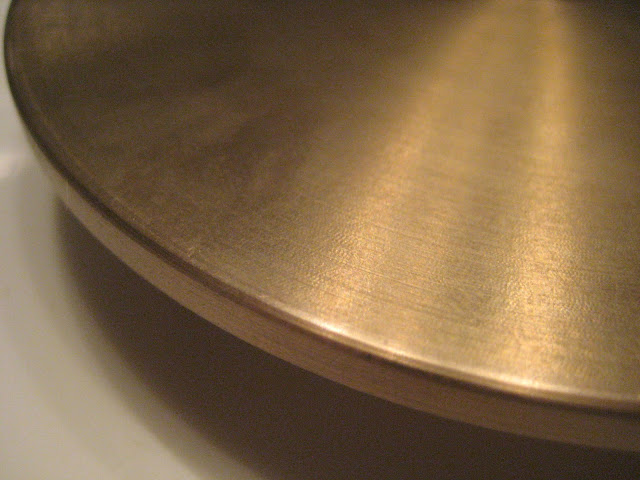 The next Gravity Wave disc (GW 010) will be a recording of Closed Categories in Cartesian Worlds for crotales and sine tones.

The piece was written at the request of Greg Stuart in 2011/12. (Greg plays the crotales with the subtlety of a bowed string instrument.)

The premise is simple: a crotale is played for sixteen minutes, and one by one, four sine tones in the same register are placed against the sound of the crotales (with some variance of dynamics).

What results is not simple. This is music that sounds differently every time the listener moves their head or moves around their room. Also, the resultant “extra” (i.e., combination) tones evolve and change with each pairing.

The possible relationships here are so numerous and unpredictable, that the score created ten versions (i.e., ten different sets of sine tones) for each of the 25 crotales of the two octave range. That is, there are 250 possible 16-minute pieces. For the disc we selected four pieces, with as wide a range of effect and affect as we could find.

The physics of the crotale are very interesting, since like all metal instruments, its actual motion is relatively chaotic. It is not the absolutely stable and regular sound that it appears to be, but has fluctuating character, perhaps a bit like the reflected glare of any shiny object. This might be the best analogy for what the sine tones accomplish: each provides a singular mirror (with a distinct tint) to the ongoing sonic relationship between performer and object.

Release should be mid-November.

(Photos of the crotales are by Sarah Williams.) 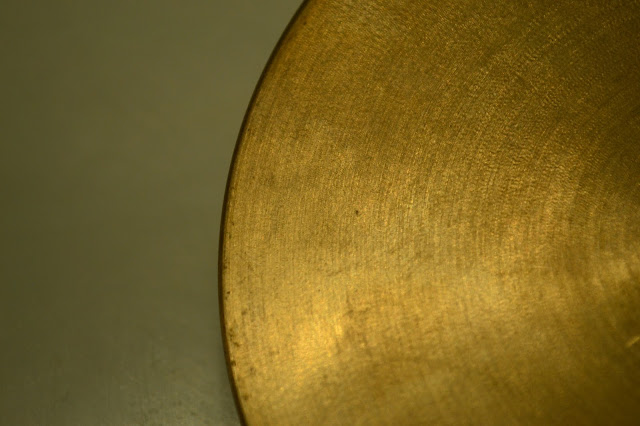 Posted by Michael Pisaro at 2:33 PM