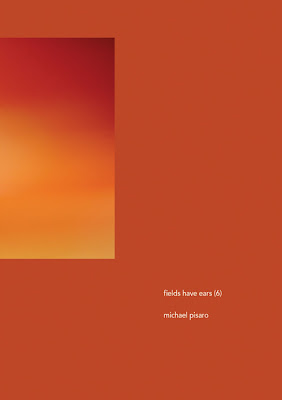 I'm very happy to announce that fields have ears (6) is now officially available from erstdist and can be ordered from this page or that site. There's some information about the release a couple posts down. The inside of the card comes with notes on the piece and a page of the score (which you can see in Yuko Zama's photo of the packaging below). 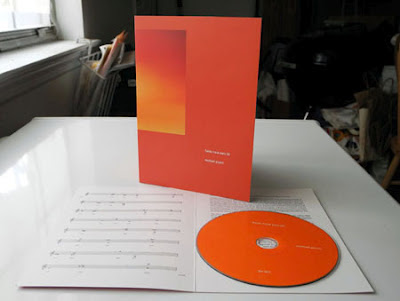 Posted by Michael Pisaro at 6:38 AM No comments:

Here is a preview of Yuko Zama's striking final design for fields have ears (6) (GW 007). It is now at the printers, and we are still expecting this disc to be available by the end of February. 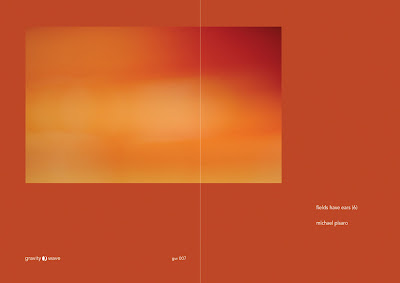 In the last week of February I will have a strange little trip to Oberlin (Ohio) and Amsterdam (Holland).

From 19 to 22 February, I'll be a guest at Oberlin College for some talks and master classes. There will be a public performance of my work by students at the college on 22 February. Here's the program:

From 23 to 26 February, I will be at this year's Sonic Acts festival in Amsterdam. I'll be giving a talk on "music minus time" (on the same session with Keith Fullerton Whitman) at 10:30 a.m. on 25 February. Starting at 7:00 p.m. on the 26th, there will be a long evening of music of extended duration. This will include performances of my pieces Ils: harmony series no. 18 and fields have ears (5): vapor by Konzert Minimal from Berlin; and an extended guitar duo with Taku Sugimoto. 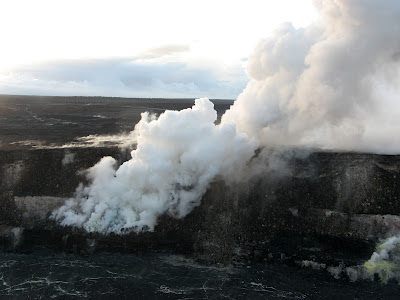 Posted by Michael Pisaro at 10:42 PM No comments: